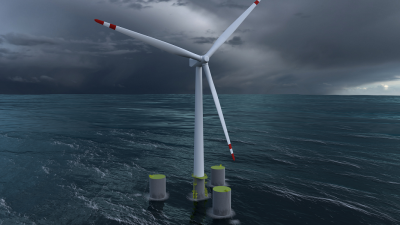 The Flagship project has officially started

The Flagship project, based on Olav Olsen’s innovative and cost efficient floating concept “OO-Star Wind Floater”, has officially started. All 12 partner companies plus the EC-officer participated when the H2020 project Flagship had its kick-off on September 17th.


Within end of 2022 the world’s largest floating wind turbine shall be installed and operating at Metcentre outside Karmøy, Norway. “It is good to finally start the project” says Olav Weider, Managing Director in Dr.techn.Olav Olsen. “We have developed the OO-Star Wind Floater since 2010 and finally we can move forward from a concept on the drawing board to a real product. We expect that the testing will confirm the robustness, scalability, feasibility and the cost effectiveness of the concept and pave the way for worldwide deployment.”